How much is my property worth? 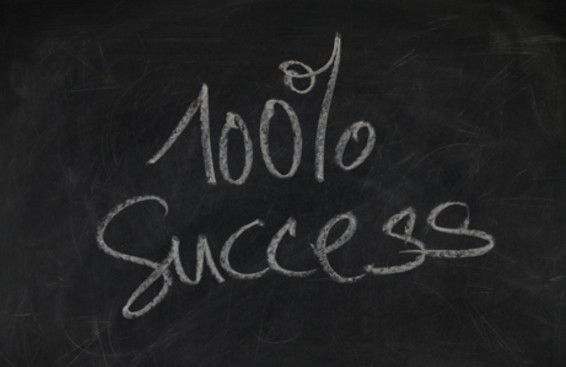 Do You Know The Most Important Character Trait For Success?

Let’s imagine that your 10-year high school reunion is coming up. Would you be willing to bet money on which one of your classmates is in the middle of a budding career and financial freedom, and which one is barely making ends meet at a dead end job?

According to Stanford’s researchers and their famous 40 year long study, a trait that predicts academic and financial success can be seen in kids as young as four years old. That trait is the ability to delay gratification.

In the 1960’s “Marshmallow Study”, researchers presented four-year-olds with a choice between one marshmallow they can enjoy immediately, or two marshmallows if they were willing to wait for 20 minutes. About one quarter of the kids stuck around for the second marshmallow. But what was truly fascinating were the results of the follow up studies.

Over the next few decades, researchers continued to collect the data on the children and tracked their progress as they grew into their adulthood. Turned out, the children that were willing to wait for the second marshmallow and delay gratification had higher SAT scores, lower levels of substance abuse, better responsiveness to life stressors, better social skills, and even lower likelihood of obesity. All across the board, the kids that had that ability to delay gratification showed promise to score high in all areas of life, and continue to do so even 40 years after the original study.

I know you’re probably wondering how you measure up on the delayed gratification scale. After all, our immediate access to information and resources has likely trained our brains against delaying gratification and results. Good news is, you can rewire these bad habits in the same way.

More recent follow up studies showed that children can be trained to see delayed gratification as a positive. For example, kids were given a box of crayons with a promise of a bigger box if they wait for the researcher to come back. To one group, that promise was never delivered. The second group received the bigger box of crayons as promised. When both of these groups were then presented with the “marshmallow” test, you can predict which group was more likely to delay gratification and wait for the second marshmallow. The first group had little reason to believe that delaying gratification would pay off, all while the second group waited four times longer for their second marshmallow. The big takeaway here is that self control is not something you are predetermined with at birth, but something you can develop well into your adulthood.

How does this translate into the real world? Whether you are starting a new business venture or considering investing your money in long term investments, such as real estate, your ability to delay gratification and exercise discipline will be essential to your success.